When filmmaker Anabel Rodríguez Ríos visits a remote floating village in Venezuela to see its eternal lightning storms, she discovers another ongoing and alarming situation taking place... Congo Mirador was once a magical, thriving fishing community, built on stilts near Latin American’s biggest oil field. But more recently, Venezuela has been spiraling into chaos and violence, and the village itself is literally sinking from pollution and neglect - a prophetic reflection of Venezuela itself. At the center of the village’s existential fight stands two female leaders: Mrs. Tamara, the Chavez-worshipping coordinator, not above bribery and intimidation, and Natalie, her most vocal critic and school teacher. As confidence erodes under President Maduro and Venezuela shapes up to become the world’s worst refugee crisis in 2020, outpacing the displacement in Syria, will the village find a way to stay afloat or will it become a political and ecological sacrifice? Shot over seven years, Once Upon A Time In Venezuela bears witness to the corrosive consequences of corruption and government neglect that reaches the farthest corners and pits neighbor against neighbor in a struggle for survival.

This film is sponsored by: 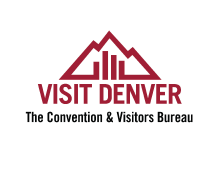 Please note, comments must be approved before they are published